Suddenly the gate slammed against the bushes. Blackberry fronds waved frantically as if warning her of a coming storm. Startled, Armina parted the brambles and peered out. A couple wrestled silently toward the creek. A man with long yellow hair slicked back in a tail had a woman clamped around the neck with his forearm. He pulled her along like a gunnysack full of potatoes. The woman bucked and struggled to no avail as they splashed into the water this side of the footbridge.

My Name is Kate.

Very good book, possibly one of my favorite in these Jan Watson books. Siri Mitchell. Such a good book to add to the shelf! Tattler's Branch by Jan Watson is a captivating book, although it took a long while to pin down the era of the book. Read More. But business school is harder than she thought it would be and the big city not as friendly, until she meets a charming young man from a wealthy family, Loyal Chambers.

But instead of running away while she had the chance, the woman charged back toward the man, swinging on him. The man's hand shot out and seized a hank of her disheveled hair. He reeled her in like a fish on the line and they both went under. When they came up, the man held a large round rock that glinted wetly in the sun.

Armina opened her mouth, but the rock smashing down and the water arcing up in a spray of red stilled her voice, which had no more power than the raspy call of the molting locusts. The man bent over with one hand holding the rock and the other resting on his thigh.

Lilly Corbett Still has grown to love her life as the small-town doctor of Skip Rock, a tiny coal community in the Kentucky mountains. Though her husband, Tern. Tattler's Branch - Kindle edition by Jan Watson. Download it once and read it on your Kindle device, PC, phones or tablets. Use features like bookmarks, note.

His chest heaved in and out like a bellows. The rabbit zigzagged out of the bushes, leaving the little one cowering behind.

The man straightened, looking all around out of stunned eyes. The world had gone still as a churchyard greeting a funeral procession. Armina didn't dare to breathe.

If he saw her feet sticking out from under the bushes, she was dead. She felt sick to her stomach, and her brain spun like a top. She willed the spinning to stop, but it paid her no mind as everything faded to black. When Armina awoke, it was like nothing untoward had happened.

Birds chirped and water burbled in the creek. The little rabbit's whiskers twitched nervously as it munched on white clover. Armina was ravenously hungry and bone-dry thirsty. She could never get enough to drink anymore. She picked a handful of the berries and ate them.

If she wanted water, she'd have to get it from the creek. No way could she do that after what had happened. She'd been more than foolish not to bring a fruit jar full. She felt like she'd wakened from a nightmare. Lately she'd been having strange dark spells and bright-colored auras. Doc Lilly would be mad that she hadn't told her, but Armina didn't much like sharing. Besides, if she told, Doc would list a bunch of preventatives that Armina wouldn't pay any mind to.

She liked being in charge of her own self. Pulling her knees up to her chest, she tested the strength in her legs—looked like she was good to go. She crawled out from under the brambles.

She wasn't one bit wobbly as she marched to the footbridge and went straight across, looking neither to the right nor to the left. The bridge felt good and solid under her feet, just like it should. The sun shone brightly, as it would on any normal July day. Her legs were sturdy tools carrying her along toward home just like legs were made to do. It was fine. Every little thing was fine—except she was missing her red berry bucket and her strong white sycamore walking stick.

She'd have to go back. A trill of fear crept up her spine. From under the bridge, the rushing water called for her to look—look there, just on the other side.

Look where the smooth round rock waited in judgment. She swallowed hard and heeded the water's call. Armina felt faint with relief. There was no body in the branch. Her mind had played a trick on her just as she thought. It was going to be a trick of another sort to find her stick, which had surely fallen among the brambles. She nearly laughed aloud.

It was so good to have such a simple problem.

If she hadn't stopped at the water's edge—if she'd gone on home—she would never have seen the trail of dark-red splotches. If she'd gone on home, she would not have followed them up and beyond the garden gate. It was blood; she knew it was. It smelled metallic, like your palm smelled if you ran it over the frame of an iron bedstead. 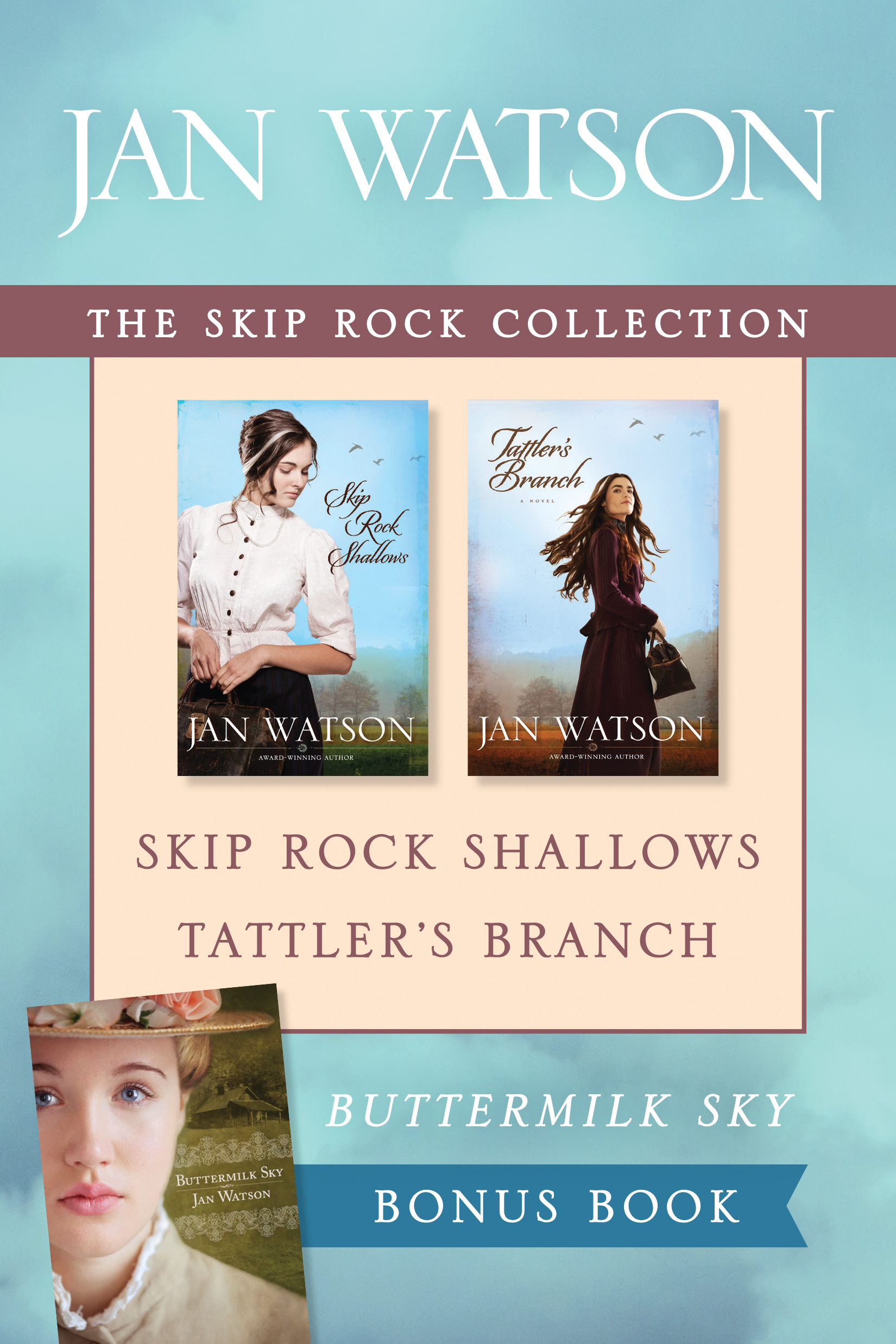 She wished she'd never stopped. Now she was compelled to follow that ominous trail. Armina heard the baby's cry before she saw the cabin. It was a mewling, pitiful cry, nothing like the lusty bawls her niece and nephew had made when they were newborns, but still she knew that sound. The house sat nestled in a grove of trees, as cozy as a bird's nest in thick cedar branches. The place was neat, the yard free of weeds and the porch swept clean. Merry flowers blossomed in a small garden beside the porch steps.

Armina could make out zinnias and marigolds from where she lurked behind a tree. A zinc watering can lay overturned on the top step. In the side yard, a wire clothesline sagged beneath the weight of a dozen sun-bleached diapers. She didn't see a body but there had to be one somewhere close. That woman from the creek just didn't up and walk away—not after losing all that blood. The man with the yellow hair came out the open door and hurried down the steps. He picked up some tools that leaned against the porch railing—a shovel and a pickax—then paused for a moment in the yard and rubbed his chin, keeping his back to the door.

Armina hunched her shoulders and pressed up against the tree, praying he wouldn't come her way. After a while, she could hear the distant sound of the pick or the shovel grating against rock. When she peeled herself away from the tree, she could feel the print of black walnut bark on her cheeks. As quick as Brer Rabbit, she ran to the near side of the cabin and stooped down under an open window until she dared to look inside.

But having grown up in the mountains, Lilly is drawn to the stubborn, superstitious people she encounters in Skip Rock—a town where people live hard and die harder and where women know their place. As Lilly becomes torn between joining Paul in Boston and her love for the people of Skip Rock, she crosses paths with a handsome miner—one who seems oddly familiar.

Though her husband, Tern, is away for a few months at a mining job, Lilly has her hands full with her patients and her younger sister visiting for the summer. Lilly turns to her good friend and neighbor, Armina, to help keep things in order—until a mysterious chain of events leaves Armina bedridden and an abandoned baby on her doorstep. As she struggles between what is right and what is safe, Lilly must discover the strength of her resilient country neighbors, her God, and herself.

She knows her life is about to change—and only for the better. Everything will be blue skies from now on.

But business school is harder than she thought it would be and the big city not as friendly, until she meets a charming young man from a wealthy family, Loyal Chambers.